The 7 Most Popular Types of Meditation

Types of Meditation – a quick overview

Meditation is a complicated subject. A discussion on the many different types of meditation can be long and confusing. I’ll try to break down the types into understandable categories. 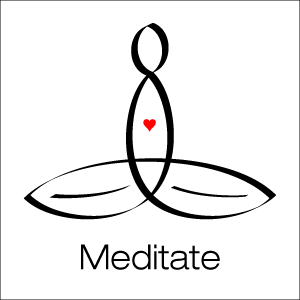 There are two general approaches to meditation: Concentration and Awareness. Each will be discussed below, but in general Concentration deals with training the mind to focus on a specific sound, image or feeling. While Awareness is just the opposite, there is no focus, the mind is trained to encompass all and be aware of the all.

The 7 Most Popular Types of Meditation

Why a focused mind? With Concentration Meditation training a practitioner learns to reduce the wandering mind or monkey mind as it is commonly called. This can improve memory, increase fluid intelligence and improve test taking ability.

The more popular styles of Concentration Meditation include:

Awareness meditation is pretty much the opposite of concentration meditation. The goal of Awareness Meditation is attention to and appreciation of the present moment. This practice is about focusing on the “Eternal Now” and the purpose of this is to understand our place in the universe as well as to spread good will. While this is a simplistic and somewhat incomplete definition, it conveys the general goal of Awareness Meditation.

Of the many types of meditation, Awareness Meditation is gaining in popularity. Some styles include:

Awareness Meditation can be a very difficult for the beginner. Yet it can be quite a rewarding style. While it is usually practiced by more advanced practitioners, the beginner can gain true insight with this practice, but only if they practice it correctly.

Mindful Meditation usually focuses on breathing while at the same time being mindful of other phenomena such as walking, eating, cleaning dishes.

One of the more fascinating types of meditation is Energy meditation. Energy Meditation is based on the thought that everything is energy and, thru meditation, a practitioner can control this energy.

Although there are many different types of Energy Meditation styles in both Eastern and Western cultures, the most popular is kundalini 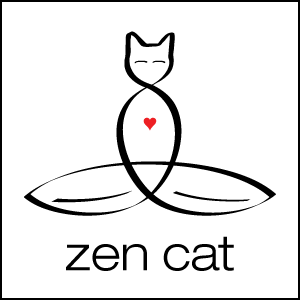 Kundalini meditation, sometimes called Kundalini Yoga, focuses on 7 primary energy centers called Chakras. Each chakra is the center of a different type of energy and thru meditation practice a practitioner can manipulate and strengthen these chakra centers.

Energy Meditation is very popularity. Some styles include:

Energy Meditation is a great practice for those looking for health benefits from meditation. But please, never rely on Energy Meditation as a sole source of health and always consult your physician.

The types of meditation practiced by Western Religions, such as Christianity, Judaism and Islam, usually focus on prayer, the revelations of God,  or the repetition of holy words.

Religious and Spiritual Meditation is worldwide and as varied as there are religious and spiritual practices. Some styles include:

While Religious and Spiritual Meditation is one of the more common ways to practice meditation, the techniques and purposes vary with each discipline. This short article can only provide a pointer to the variety of styles.

Contemplative Meditation, while frequently associated with Christian Meditation, has actually been practiced for ages. This meditation practice is commonly used to cultivate critical focus and promote the ability to think clearly and to think through a process or problem.

Contemplative Meditation is a great meditation practice for someone who wants to train their mind for analysis or problem solving. It’s not just for Scientists or Philosophers, many use this type of meditation to solve personal, interpersonal and social conflicts.

Guided Meditation is a great meditation practice for someone who wants to change their life. Guided Meditation can be used to quit bad habits such as smoking, over eating, or chewing fingernails. It can also be used to create positive habit such as increase self esteem, eat healthier, or reduce stress.

In this article I have described 7 of the most popular types of meditation. While I believe this has provided a good overview, If you are interested in any type, I would suggest you read further and develope a practice of that style to really gain a deeper knowledge.

Select a Design to see 108+ Gifts with that Design